If you’re a MacBook user, there is a need to pay attention to your computer battery state. Be vigilant if you notice any suspicious symptoms like battery failure or battery draining quickly. A computer with a faulty battery can only be used when connected to a source of power. Knowing the MacBook battery’s health is vital as it will help you prepare in advance, especially if a replacement is a solution. Batteries have a limited lifespan, which means they will have to be replaced whenever they become unusable. macOS monitors the battery’s condition from time to time so that you can get know your computer battery status at your wish.

The MacBook battery doesn’t last long if you use it continuously. You should have a close look at its serviceability and its status to not find dead when you need it the most.

Checking the battery status is important in scenarios where the battery discharges faster or fails to charge even when connected to a power source.

How to check battery health on Mac?

Press and hold the Option key and click the battery icon in the Menu Bar. The advanced battery options will pop up. This will allow you to view essential data regarding your battery life. 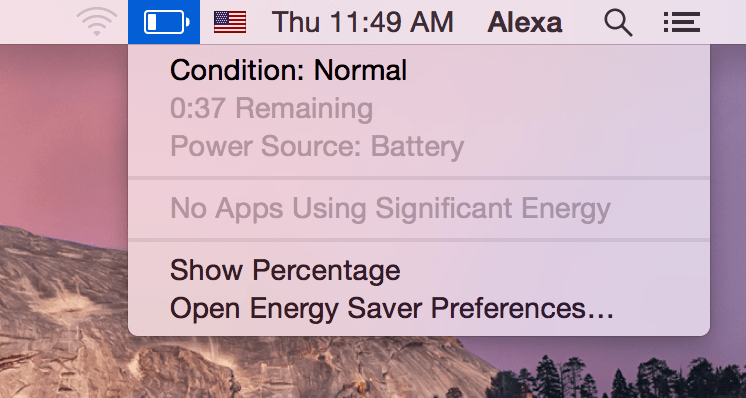 Your MacBook battery will fall in any of these categories: Normal, Replace Soon, Replace Now, Service Battery. So, let’s look at what each state signifies.

Monitor the Battery Cycle Count on Your Mac

A charge cycle is a complete charge and discharge of the battery. Most of the mac batteries are rated 1000 cycles apart from the older models rated 300-500 cycles. The battery remains functional even after reaching its limit, but the amount it can hold decreases as it approaches the limit. Eventually, you’ll need to connect your Mac to a power cable whenever you intend to use it.

Related Article:  Three Problems that Your MacBook May Encounter

To find out the number of cycles your battery has completed, press and hold the Option key on the top left corner of the screen, click the Apple icon, and choose the “System Information” command. If you happen to release the Option, you will get different results instead.